Had a great weekend in Toowoomba watching my first MTB Enduro race with Giant AMC and an assortment of hitters.  Great fun and a proper MTB educational immersion experience.  When we weren’t at the trails we were talking bikes or watching world cup races on youtube.  It’s fair to say I was lost for most of the conversations.  Good times.  Few pics below. 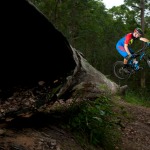